A look at some artists, cultural leaders and curators we've spoken to, what they do, make and how it makes them feel. 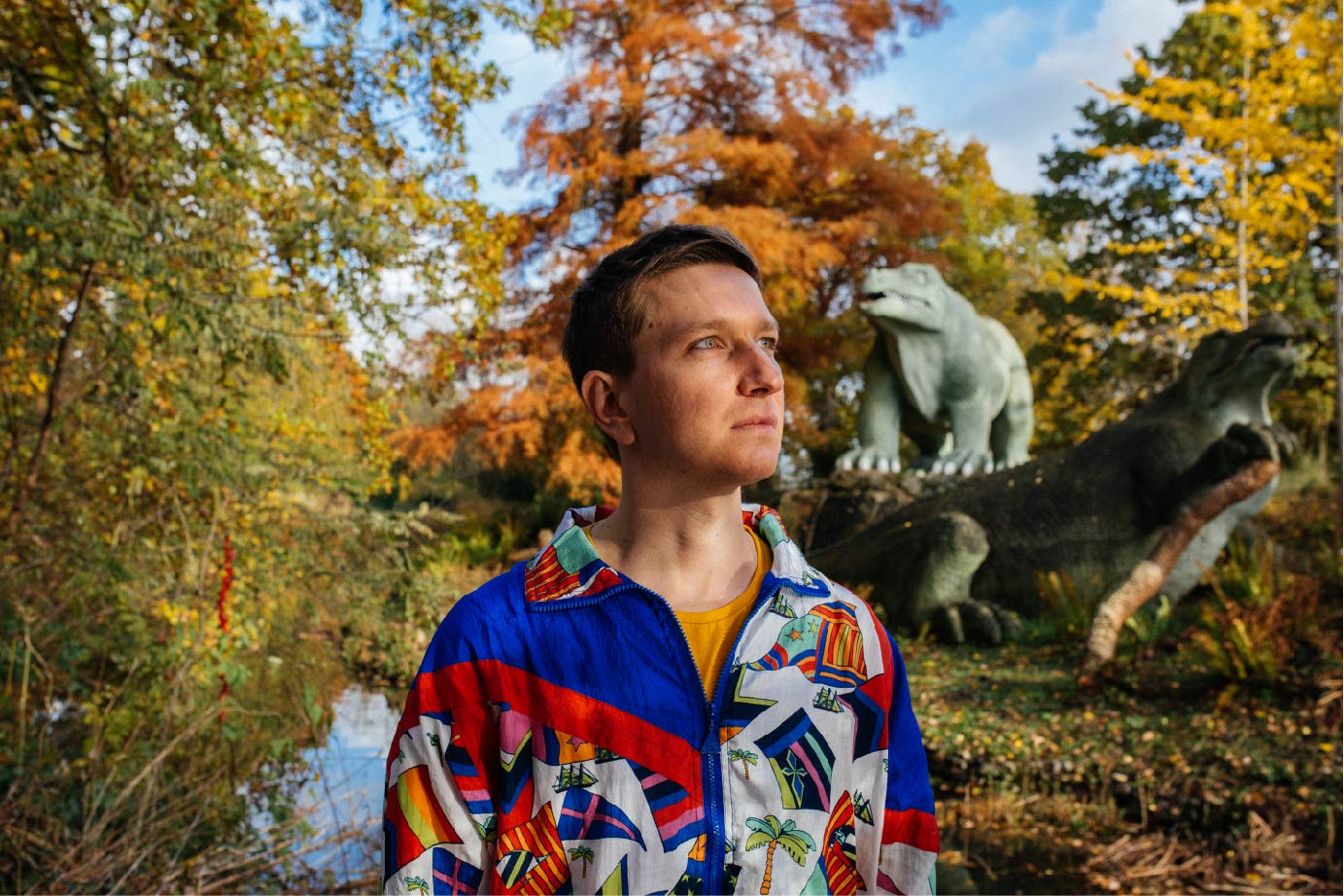 Gecko is a London based artist, his playful lyrics cover the big things in life; think iPhones, Libraries & Guanabana fruit juice to name but a few. Describing his creative process as stumbling across some chords and then singing a load of nonsense over it until something sticks, Gecko wants people to feel inspired by the potential of humanity, to love animals and nature, and to access the silliness of who they were as a kid. To Gecko, performing feels like impersonating a corner of the world, even just for half an hour. Making a room of people feel something together, whether that’s laughing, crying or confusion – it’s primal. Creating feels more mysterious; it’s a moment, but it’s invigorating, like discovering a dinosaur fossil…or something like that.

Once you get into the flow, everything just seems to fall into place. To play means to let an idea go in whatever direction it wants; to not get hung up on what a song ‘should’ be, and just letting it be whatever it feels like being. For Gecko, to collaborate well is to really listen to your collaborator, to not shut down ideas when they’re still little vulnerable hatchlings, but just trust in the process. To not be too precious but also not instantly throw something away before you’ve given it a chance.

"Climbing Frame feels hopeful, like it’s coming from a more personal place compared to his debut album Volcano. Yet in true Gecko style there’s still a song sung by a dog… obviously."
‍
‍In March 2021 his feminist retelling of the fairytale 'Rapunzel' went viral on Tik Tok, gaining over 200k views in under 48 hours. A relatively simple idea of pointing out the problems with a prince climbing up someone’s hair and expecting love in return, Gecko encourages his listeners to challenge the status quo through whimsical storytelling. Cleverly retelling the story using puppetry, Gecko’s decision to present the story in a childlike way of being so matter of fact makes it hard to argue with.
‍
We asked Gecko about his dreams for the future:

"That the climate crisis is met with the seriousness it needs to be. That future generations keep getting more switched on with how to treat each other. And that by the year 3000 a lot has changed (MOST NOTEWORTHY WE’RE LIVING UNDER WATER)."
‍
'He's a work of art'Benjamin Zephaniah
'Whimsical rhyming stories'Radio Times